Wonders of the Universe 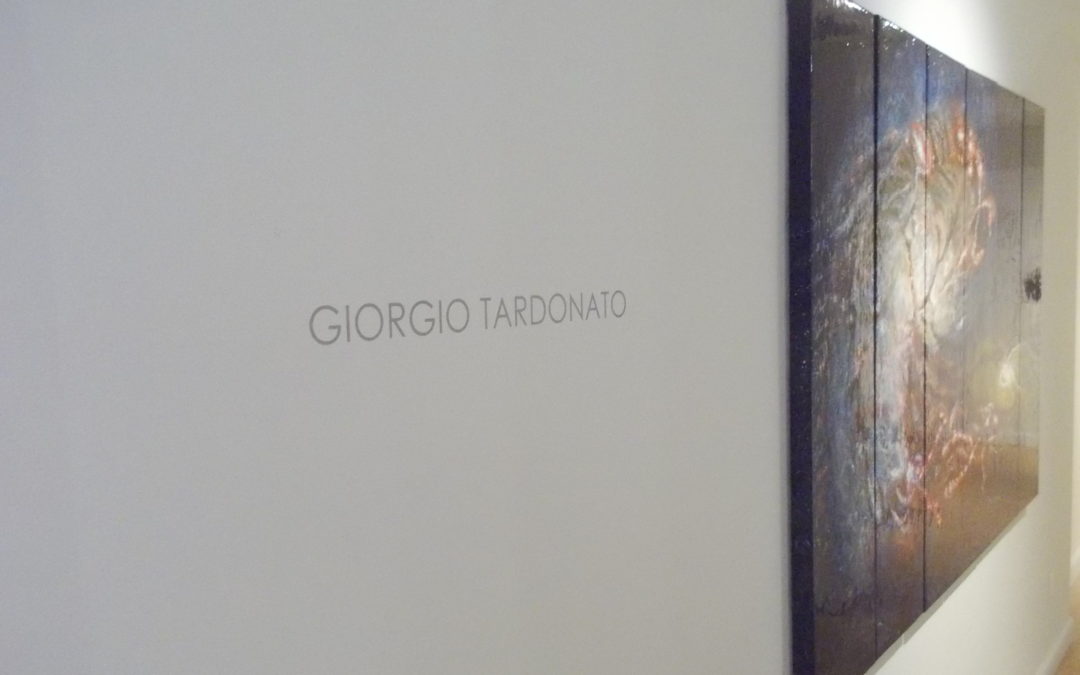 Studio Tablinum: 84 Orchard Street, between Broome and Grand. There is an art gallery called “Artifact”. We are in New York City, the “Big Apple”, the city that never sleeps.

Here, from the 7th of September to the 28th , has exhibited a great Italian artist named Giorgio Tardonato.

He lives and works in Eupilio, a little town near Como. He’s a really kind man, one of those who is difficult to find nowadays, one of those who has old ways and habits. In few words, a gentleman. I have had the pleasure of knowing him personally, and the idea that I had of him turned out to be true: he shook my hand gently, a big smile lighting up his face, and together we have observed and discussed about his paintings that were in the gallery.

He has an impressionistic training. His kind of painting could be called “Space Art”, the founder of this current is Chesley Bonestell (1888-1986), an American painter, designer and illustrator. Painting techniques are always in progress: oil on canvas or acrylics on canvas, brushes, spatulas, airbrush, inclusions, but also self made canvases, cuts filled with transparent resins and true gold inclusions, shapes: engraved or cut, transparent or opaque.

But the most important thing which characterize Tardonato’s operas is the attention that he puts to the creation of his artworks: before painting something he observe it thanks to a telescope. It is a really hard work which requires calm and precision and that’s why he uses lots of time for the creation of a canvas, also because he wants that his operas are realistic. In his artworks he mixes the passion for the Space and that for the painting, without creating something imaginary but at most he gives to the operas a free artistic interpretation, without departing it from the reality.

He’s a man with the head which tends to the sky but the feet on Earth, as it were. In the exhibition of NYC there were operas which are connected with the scientific and the astronomical tools periods, two of Tardonato’s artistic phases.

In the scientific period there are oils on canvas, acrylic, opaque or glossy paintings. The dimensions are relatively big and the peculiarity of these early works is the scientific accuracy with many details. They are some of the most beautiful and famous heavenly bodies like “Antennae”, which represents a collision between two galaxies placed at 60 million light-years away in the constellation of the Raven. The name comes from the gravitational deformation which the two original spirals arm have, like the antennae of an insect. Or also “The South Polar Aurora” which represents the phenomenon of the aurora borealis and there are also other canvases which are always connected to stars, galaxies, globular clusters and nebulas.

In the astronomical tools period, instead, are painted the scientifical instruments which permits men to discover the wonders of Universe like ISS, the International Space Station which is inhabited by 3 astronauts and which allows to study celestial phenomena and make searches. I think that this exhibition was really beautiful: the location was modern and quiet also if it was located in the middle of LES, the central borough of Manhattan. Orchard street is an important historical place empty of factories and shops, you can see tourist at any time. The set-up was great: the canvases exploded in the walls, lighted in a brilliant way which exalted the glossy effect of the canvases. All of this explain why there were people at any hour; most of all during the preview on Sunday because there was the fashion week. A unique experience which is the result of the union of the location with the set-up and, but most of all, with the canvases.

In short, with this exhibition in New York, our artist has proven to be a really great painter that not only manages to capture the magic of Space and transmit it to us, but also manages to make us lift up our head to look at the wonders of the Universe. And to surprise us; which is something really rare today.